For obvious reasons, failing a drug test immediately before or after you file a claim for workers’ compensation benefits is not good news for your claim. Nevertheless, there are circumstances in which even a failed drug test will not be fatal to your claim.

The Workers’ Compensation “No Fault” Rule and the Intoxication Exception

The North Carolina workers’ compensation system is designed as a “no fault” system, meaning that generally speaking, you don’t need to establish whose fault an accident was in order to resolve a workers’ compensation claim. There are a few exceptions, however, and one of them could be described as the intoxication exception. Under this exception, your claim can be denied if:

Two types of drug tests are most common in the employment/workers’ compensation context — the 5-panel screen and the 10-panel screen.

The 5-panel drug screen tests for cocaine, amphetamines (including “meth”), opiates such as morphine, marijuana, and PCP. You will test positive if you used any of these substances within 24 hours before the test, and in most cases as long as a week before the test. Marijuana can stay in your system for up to a month after your last usage.

The 10-panel screen tests for all of the 5-panel drugs plus propoxyphene, methadone, barbiturates, benzodiazepines, and methaqualone (Quaaludes). All of these drugs remain in your bloodstream for some time after the effects of the drug have worn off, and benzodiazepines (such as Valium and Xanax) can remain in your urine for up to six weeks after its effects have worn off.

Please note that for the purposes of the intoxication exception, it doesn’t matter whether your use of the drug in question was legal or illegal — your claim can be denied due to intoxication from a legal prescription drug, even if you have a valid prescription. Our good friend, and Texas construction lawyer, Robert Lovein has explained that more and more clients are asking about the 5 panel screen vs 10 panel screen.

Does Failing a Drug Test Prove That You Were Intoxicated at the Time of Your Accident?

Not by itself, although it could be used as evidence against you. If you test positive for marijuana, for example, all that means is that you used marijuana some time during the last month, not necessarily that you were “stoned” at the time of the accident.

Does Having an Accident While Intoxicated Prove That Your Intoxication Caused the Accident?

Time is of the Essence

Failing a drug test is just one of the many mistakes you could make that might damage or even destroy your workers’ compensation claim. If you find yourself in this situation, or if you are trying to avoid this situation, contact John A. Hedrick by calling 919-626-3895, email us at [email protected] or complete our online contact form to schedule a free claim evaluation.

Get started with a Free 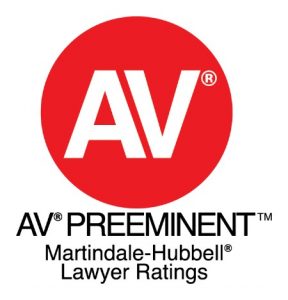 Back and neck Injuries

Have you suffered a workplace injury?

We Understand the Value of Work

If you have been injured at work in Raleigh or anywhere in North Carolina, and you are frustrated with un-returned telephone calls, if you are unable to get the medical treatment you need, if the insurance company has denied your claim or refuses to pay benefits, please contact the Law Office of John A. Hedrick, PLLC.
Facebook-f Google Linkedin